Closer to your own idea of good 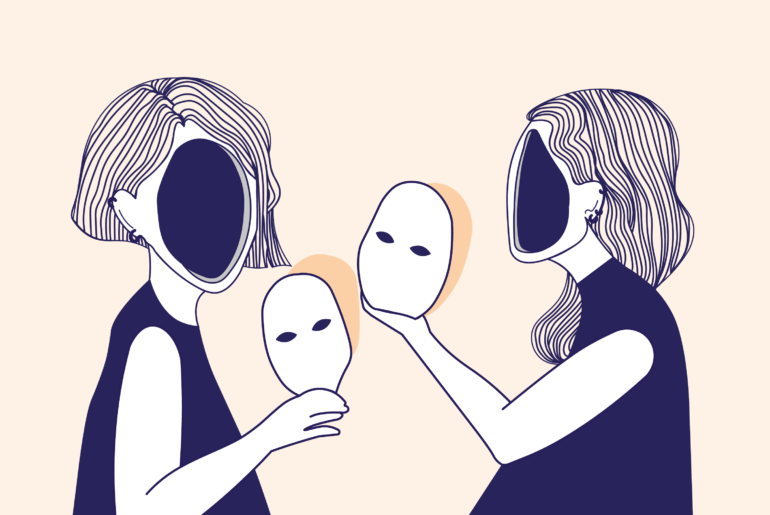 An approach to Lacanian ethics in psychotherapy

What is your idea of Good? Where do you find “Good”? And is this, in fact, the only question that psychoanalysis is allowed to ask?

So what are the consequences of living in a certain way?

And just like that, we are talking about ethics in psychoanalysis: there is no fundamental Good, neither is there a recipe on how to be happy. But we have the possibility of taking the way we live and the consequences of our actions seriously.

In the therapy room, I work with individuals each living in a subjective and therefore particular and unique way. This unique way might be influenced by many different factors. Sometimes outside factors can pressure people into certain actions and decisions. For example – “what society thinks that someone of your age needs to accomplish ”, “what your religion commands you to do”, “ what your parents ask you to do or be”. “

Ideas of Good and how to live, sometimes come primarily from the outside world or from your loved ones. Then it can happen that you find yourself living under ideas that are not aligned with you anymore, and not making you comfortable or happy. Also, other people’s ideas about how you’re supposed to live can influence the smallest decisions without you noticing.

Once a client was feeling really anxious while saying, “I have to do the right thing”. I asked:” Why are you living in a dual world of just right and wrong?” This had to do with a long history of being taught that in life there is just one way of doing things: the right way.

I had another client who had spent months making a list of “pros” and “cons” regarding a guy she was dating. One day she found herself remembering that her mother always said to her: “you need to find the right guy”, which illuminated why she spent all that time analyzing him without first questioning the concept of “a right guy”.

These are examples of how outside pressure can make us avoid the important question: What is my idea of Good? And the beauty of this question is that there are as many answers as people in the world.

The Lacanian ethic works with absolute respect for singularity. That is why directions of treatment are never the same, but rather depend on the simple fact that each individual is considered unique in their singularity. For example, I can receive two people who both experiences having panic attacks. But my approach is different in each case. The physiological symptoms in a panic attack might be similar, but the origin and reason are not the same.

This respect for singularity is the opposite of what happens in medicine. Doctors check your symptoms, give you a diagnosis and a preexisting treatment to cure not just you but also everyone else with the same symptoms. In psychoanalysis, it is important to never “put someone in a box” and never leave out the singular experience.

In the therapy room, we have two important tools operating within this ethic: clinical listening and interpretations.

The listening in Lacanian psychoanalysis is empty of judgment. Not having prejudices about your client enables you to focus on the most important thing: the singularity of your client. What is the key? Not making assumptions, and being able to keep an open mind when hearing your client’s stories.

The analytical device looks to offer a different level of understanding about yourself. In order for this to happen, it’s important to build curiosity about why things are the way they are. In a way, it takes you out of your comfort zone, because not knowing sometimes is easier. Curiosity will keep work going, session after session.

This leads to the possibility of asking another fundamental question: Why does this happen to me? Is it “bad luck”? Or is it something deeper in which I am involved?

I have a simple example: During the first session, a client told me that she always changes her therapist after one year. After a year she feels that her therapists start focusing on subjects that she doesn’t want to. I asked her if this happened always after the same amount of time. She immediately replied, “yes, so maybe I am the problem”. I certainly don’t believe “she is the problem” but the idea of having something to do with a situation that repeats itself year after year is a point of departure for self-exploration.

But Lacanian interpretations aren’t made to be “understood”, rather to provoke movement and generate ways out of determination. Sometimes this can be as simple as asking a question. In my analytical experience (and as someone who does psychoanalytic treatment herself) I see it as being offered alternative points of view so I can see myself in a clearer way. It offers not an explanation of “how you work” but gives insight into the singular way you experience things.

Eventually, the difficult work of questioning will have its results. Hopefully, you will develop a frame of reference that wasn’t there before: On how to react, how to decide, how to live.

As a therapist, I try to explore my client’s willingness to open themselves to those fundamental questions. Sometimes it’s as simple as this: The younger you are the less difficult it becomes. But even for young ones, it is not an easy task. Either way, my job is to accompany them on their journey to asking these questions. So they can start to build new ideas of a life that is closer to their own idea of Good.